We aim to provide a space for dialogue, advocacy and analysis on issues important to the health of Syrians including current as well as future public health trends that have arisen from the Syrian crisis. We do this through i. Convening and curating closed meetings with representatives from donor agencies, United Nations and those working-on-the ground to address the challenges they face and possible policy responses ii. Hosting open meetings to highlight key health issues and humanitarian response issues iii. Producing and disseminating policy briefs, academic outputs and media editorials. Our next phase of development is to support the capacity building of the Syrian healthcare workforce (including education and training) within and outside of Syria.

Since our founding, we have convened several closed meetings in which we examine particular aspects of the humanitarian response in Syria and neighbouring frontline countries. These have included Syria’s health system; mental health and psychosocial prioritization; non-communicable diseases; and the informal employment of Syrian healthcare workers in neighbouring countries. Most recently we cohosted the second Syria research health conference.

The network engages with a variety of policy actors as advisors and experts on Syria and the humanitarian response; this includes the World Health Organization, European Union delegation to Syria, UN ESCWA, Foreign and Commonwealth Development Office, World Bank MENA, Medicine du Monde as well as academic institutions in the region and Europe.

We promote the integration of Syrian public health professionals and healthcare workers into mainstream policy conversations and academic research pertaining to Syria, the humanitarian response and post conflict development and early recovery policies.

Syrian healthcare workforce (including education and training) in Syria and abroad

The challenges of the humanitarian and refugee response

Early recovery and post conflict reconstruction of the health system Dr Fouad M. Fouad is an Associate Professor of Public Health Practice at the Faculty of Health and Sciences at AUB and Co-Director of the Refugee Health Program at Global Health Institute. His current research focuses on the forced displaced population with a special interest in the Syrian refugee crisis, as well as the impact of this crisis on the health and the well-being of the Syrian population. View Profile

Fouad has extensive research work on health workforces in humanitarian settings and the weaponization of healthcare in armed conflicts. She has volunteered in different humanitarian and refugee settings including direct clinical work, teaching healthcare workers and building capacity. Since 2012, this has been predominantly with Syrian non-governmental organisations. Between 2016 and 2018, she led a project for SAMS Hellas which provided over 30,000 primary healthcare consultations for refugees in Greece and received a Women in Global Health Award at the World Health Assembly for this. Other humanitarian work includes refugee camps in Lebanon and Syria (pre-conflict), the Rohingya crisis and in Sierra Leone with MDM for the ebola response in 2015 (for which she received an Ebola Medal of Service.)

Her research interests include attacks on healthcare, AMR in conflict, refugee healthcare workers and, more broadly relating to global and humanitarian health. Current research projects include an MRC grant on Health Systems Research on health system governance in Syria, an R2HC grant on the Public Health impact of Attacks on Healthcare and a collaboration on AMR in conflict. Dr Abdulkarim is a Syrian medical doctor and an epidemiologist. Currently his work at King’s College focuses on health system strengthening in northern Syria and on building the capacity to research health in conflict in the middle east. View Profile.

He is also involved in several other projects and research with other academic and policy institutes including LSHTM, AUB, Chatham House and others. His research focuses on the public health impacts of conflict, as well as challenges around the protection of healthcare in conflict, both issues he has experienced first-hand in Syria.

In 2013, Karim was training to be a neurosurgeon when his residency was interrupted by the war. He joined Save the Children in North West Syria, where he led the health response until 2017. Also, he was part of supporting the rebuilding of the health system in opposition controlled areas in Syria using a bottom up approach. Ms Diana Rayes is a Nonresident Fellow at TIMEP focusing on regional public health trends and refugee issues. She is a PhD candidate in International Health at the Johns Hopkins Bloomberg School of Public Health, specializing in the impact of conflict and displacement on refugee and migrant health. View Profile.

She has previously worked with the World Health Organization, the Syrian American Medical Society, the Migration Policy Institute, and consulted on projects for the Lancet Commission on Syria, E.U. Delegation to Syria, the World Refugee Council, and the Federation of American Scientists. Ms. Rayes has published widely on humanitarian health trends in Syria in peer-reviewed journals including the British Medical Journal, PLOS Medicine, and the International Journal of Infectious Diseases, and is a steering committee member of the Syria Public Health Network. A recipient of the Fulbright Research Fellowship, Ms. Rayes holds a master’s in public mental health and a certificate in humanitarian assistance from the Johns Hopkins Bloomberg School of Public Health, and a BS in psychology from Arizona State University. Dr Houssam Alnahhas started his medical studies at Aleppo University’s Faculty of Medicine in 2006 but transferred to Istanbul University in 2015, where he received his medical degree. The recipient of the joint MPH Syrian Scholarship and Sommer Scholar Award from the Johns Hopkins Bloomberg School of Public Health. View Profile.

He has Over eight years of experience in the field of humanitarian health, and he is a public health researcher with strong skill sets on information management and focus towards studying health systems in conflicts. Extensive experience with data collection, data analysis, and program implementation. Fluent in Arabic, English, and Turkish. He supported many types of research related to public and global health and his work in this area has appeared in the European Journal of Public Health, JAMA Surgery, Diabetes & Metabolism and Annals of Global Health. He also joined FXB Center for Health and Human Rights as a research collaborator to support the data and information needs of the Lancet-AUB Commission on Syria and to support the technical work related to the development of platform prototypes for a Burden of War analysis.”

Dr. Munzer Alkhalil is a researcher at Research for Health System Strengthening in North West of Syria Project / 2021- 2022. He has worked as General Manager at Idlib Health Directorate from 2013 until 2020. In addition, he has worked as an orthopedist and manager of many Hospitals in Idlib province between 2011-2015.

He is a co-founder of the first field hospital in Syria in 2011, Alamal hospital for orthopaedic surgery, Idlib Health Directorate, and many central health projects such as forensic medicine, drugs control, referral system, health information system and the health coordination body.

He holds a university degree in human medicine from Aleppo University in 2007. And he had a certificate of specialization in orthopaedics from the Syrian Board of Medical Specialties in 2017. He also holds an MSc Health Policy, Planning and Financing certificate from the London School of Hygiene and Tropical Medicine and London School of Economics and Political Science. In addition, he had many diplomas in hospital management, health governance, health systems through crisis and recovery, and strategic planning from many universities.

Dr Munzer had several activities on society empowerment, building the local councils, documenting the use of chemical weapons in Syria, advocacy campaigns to stop attacking health facilities and personnel, and working with the Arab Observer Delegation to Syria to implement the plan of resolving the Syrian crisis and providing protection for civilians in 2011. Professor Richard Sullivan’s research group studies health systems, particular NCD policy and the impact of conflict on health. He is Professor of Cancer and Global Health at King’s College London, and Director of the Institute of Cancer Policy (ICP) and co-Director of the Conflict and Health Research Group. View profile. 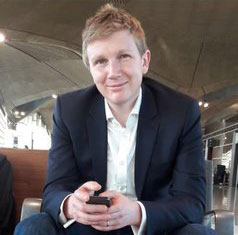 Dr Adam Coutts is a Research Associate in the Department of Sociology and a Senior Research Fellow at Magdalene College, University of Cambridge. He is a cofounder of SPHN. View Profile. Her main areas of academic and policy interest are: global health policy and governance, health system and medical-humanitarian resilience and response, forced migration and health, structural and political determinants of health for migrants. Her ongoing research collaborations are in Lebanon, Peru and South Africa. Miriam has a particular interest in the effective translation of research into policy and practice. She worked as a Migration Health Specialist for Médecins sans Frontières for a year between 2018 and 2019, and as a Public Health and Migration Consultant at the World Health Organisation (WHO EURO, WHO EMRO, WHO Headquarters, Geneva). She is a Visiting Senior Research Fellow at the Conflict and Health Research Group, King’s College London, and a Steering Committee Member of the Syria Public Health Network. Miriam previously worked as a medical doctor in the UK’s National Health Service (NHS), on the Academic Clinical Foundation Programme in Epidemiology and Global Public Health, in Newcastle upon Tyne, UK. She holds an MSc in Medical Anthropology with Distinction from Durham University and is a doctoral candidate on health system response in Lebanon to the mental health and wellbeing of forcibly displaced populations. She has published academic articles in the field of global public health, migration and health and health policy in peer-reviewed journals, such as The Lancet and The British Medical Journal, and was one of the lead authors of ‘The UCL-Lancet Commission on Migration and Health’ (published in the Lancet in December 2018). Miriam has over five years of humanitarian consultancy and project management experience, including with The Lancet, the World Health Organisation and the World Bank, and is skilled in leading research projects and policy work. In 2018 she was named a Canadian Woman Leader in Global Health, on the inaugural list by The Lancet. 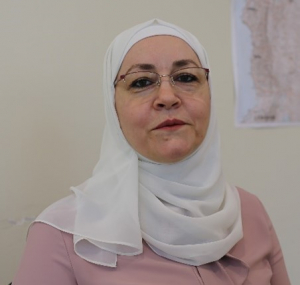 Ihlas Altinci (Ikhlas Fattal), a family physician from Syria and a mother of four children. She graduated from the faculty of General Medicine and Pharmacy of Timisoara, Romania in 1996. In 2002, she finished her master’s degree in family medicine from Damascus University, Syria.  As a master’s student, she did research about violence against women, which was the first research ever done in Syria about this sensitive subject.

While in Syria, she worked at her own clinic as a family doctor for almost 10 years, and in 2013 she had to move to Turkey together with her family. Since then, she has been remotely managing health, nutrition, and sexual and reproductive health programs and projects inside Syria working for different international organizations like World Vision and Relief International. Currently, she is working for CARE International as the Sexual and Reproductive Health Technical Advisor since January 2019, and has been leading the strategic direction and providing technical oversight to CARE’s sexual and reproductive health and rights (SRHR) programming in NW Syria with a special focus on meeting the needs of crisis-affected adolescents. She is also involved in several regional and global initiatives to advance SRHR through programming and advocacy.

This site uses cookies for a better experience. Continue without changing settings to receive all cookies. Change your preferences by following the steps here. Ok
Go to Top